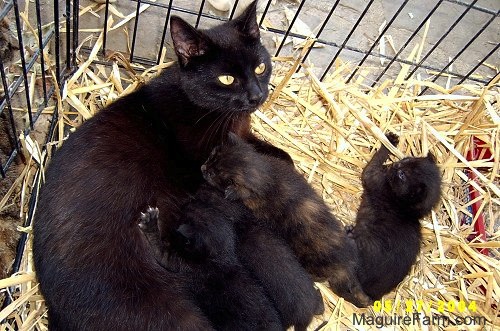 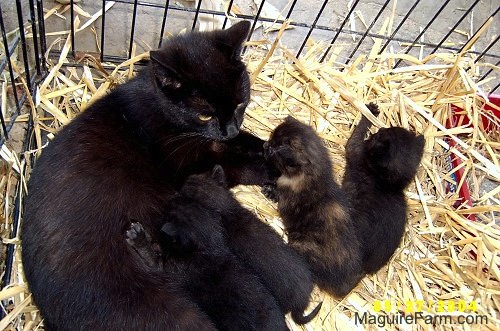 Jackson was the cat we chose to allow to have a litter of kittens. She was pregnant and we were watching her closely, however one morning Amie informed me Jackson was skinny and had her kittens somewhere. We searched for the kittens for about 2 weeks. I had seen Jackson go under the pool shed and was pretty confident they were under there safe from the weather, but was not 100% sure.. One of the many days we had searched for the kittens we were once again looking under the pool shed with a flashlight. I myself had seen nothing and was beginning to wonder. Amie on the other hand went around to the other side of the shed from where I was looking and screeched "I see the kittens!" She could hardly contain herself. Sure enough under the shed were these little eyes glowing back at us. The kittens were in the very back middle of the pool shed. We were not able to reach them. Amie and I were trying to come up with a plan to get the kittens out. The next day while Amie was at school I decided to dig a hole in back of the shed and see if I could reach them. Sure enough after doing some digging I felt a fluffy little kitten and was able to pull it out from under the shed. I placed it in a cat carrier and reached in and pulled out another. Jackson, a bit distressed then came out the hole and I put her in the cat carrier as well. I managed to pull out two more kittens and am pretty sure that is all of them, but will be going back down tonight with a super bright spotlight to make sure. 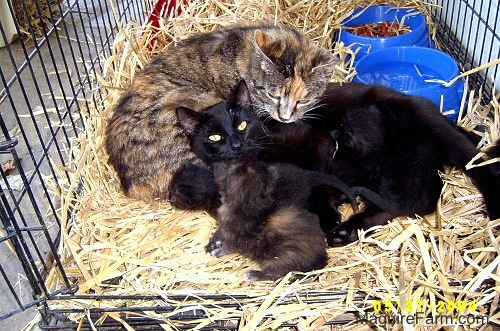 The kittens are in a crate on the porch where they will remain until they are old enough to put Allie in her place and until we are confident Jackson will not move them during the night. Jackson was a bit distressed to be locked in a crate, that is until Bob climbed in! Bob the kitten lover, who mothered Jackson herself wanted in the crate. To all those who are wondering, Bob is a female, named after her lack of a tail, and is not related to the kittens. She is about 14 or so years old and has fostered every single kitten we have had letting them suckle on her and cleaning them. She is also an extremely loud purrer. When Bob sees a kitten she does everything she can to snuggle with them laying as close as she can even if it is outside a cage. Bob was attacked by a raccoon a while back. After tolerating months of her entire body being soaked in Epson salt 2-4 times a day and pills being shoved down her throat twice a day and having the infection opened back up three times to allow it to drain, she has made an amazing recovery (Dr Stokes will vouch for that!) Through it all she never once hissed or tried to bite. She is an awesome cat! 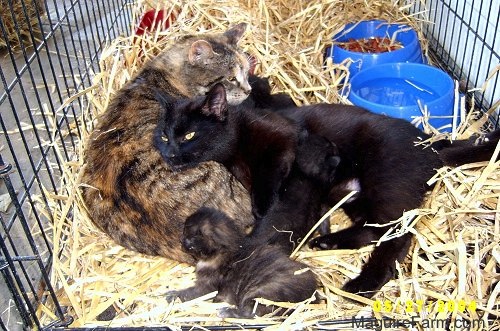 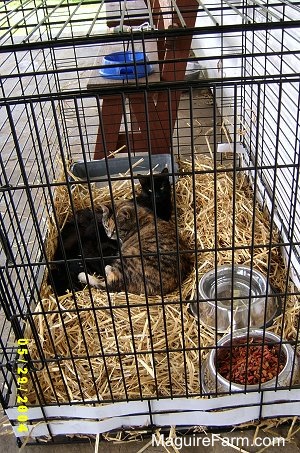 Update 5-29-2004 We had a BIG scare this morning. The cage opened from the top so the kittens could not get out but Bob and Jackson could. I had left the cage open since Bob Jackson and all the kittens looked so happy and wanted Bob and Jackson to be able to jump out and pee etc.. This morning ALL the kittens were GONE! Bob was gone and Jackson was on the porch! We checked the pool shed only to find ONE kitten! Where were the others!! HOLY CRAP where the heck were the others. Did a raccoon get them? Had Jackson tried to move them and drop them somewhere in the yard? We took the one kitten back to the porch and put her in the cage along with Jackson. Then we saw Bob coming from the area where the kid’s sheds are. I put Bob in the cage to see what would happen. Bob picked up the kitten and tried to move her. I then assumed and hoped Bob had moved the other three. We started looking for the other three in the direction we had seen Bob coming from. Amie looked under her shed and there were the three other kittens. Bob had moved 3 and Jackson had moved one. I think Bob moved the three first and Jackson decided to take her last kitten back to the pool shed. We switched the little cage for a BIG dog crate and that is where they will have to stay with a litter box unless we are watching them. Bob only THINKS she can feed the kittens. Had we not found the other three they would not have made it. We want to keep them close so they are people friendly and can more easily be given their shots etc... Jackson is still happier with Bob keeping her company. Bob is in the dog crate cleaning Jackson and the kittens purring loudly. We'll just have to be more careful until the kittens are old enough to eat solid food.

Update: After Bob decided to steal three of the kittens, Jackson decided she no longer wanted Bob in the crate. Jackson hissed at Bob, so we decided to no longer allow Bob in there. 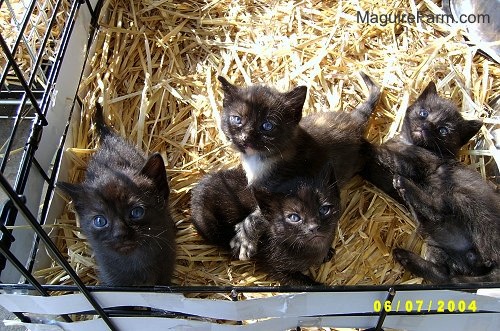 They have names! Clover, Talic, Midnight III and Sugar 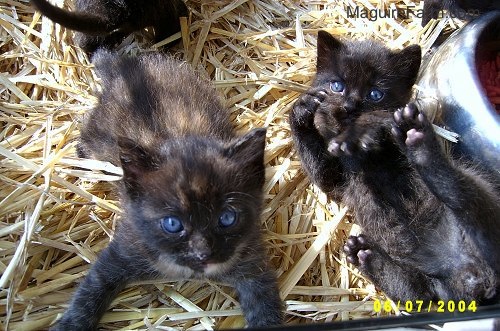 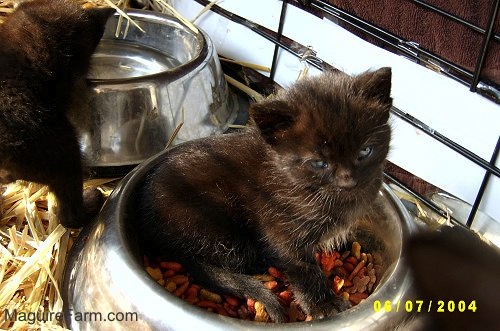 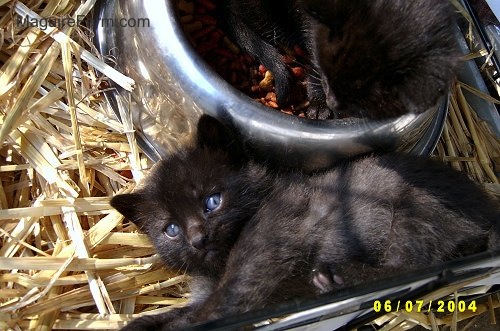 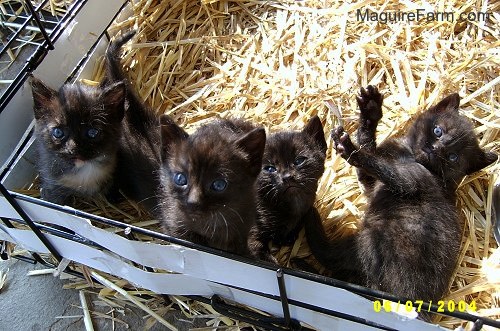 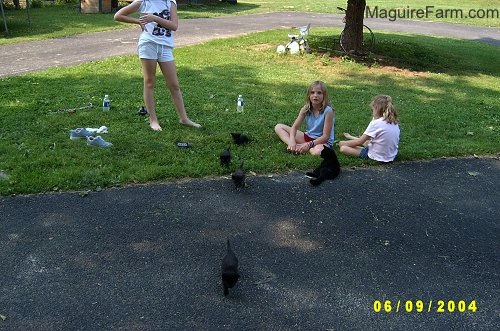 The Kittens out for supervised playtime, while Jackson keeps watch.