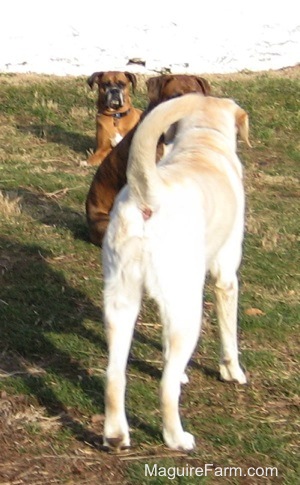 Bruno the Boxer and Henry the Yellow Labrador Retriever are thinking about playing. 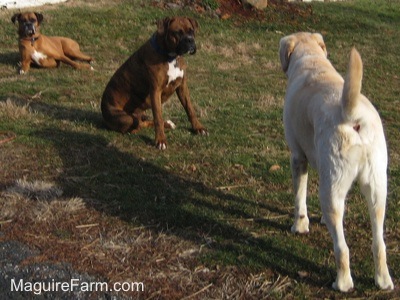 Notice Allie watching from a distance.

Bruno and Henry are in play mode, Allie is watching

Look at Allie to the far left. Check out her face. Bruno and Henry are clearly playing... Allie, well she is coming over to stop it. 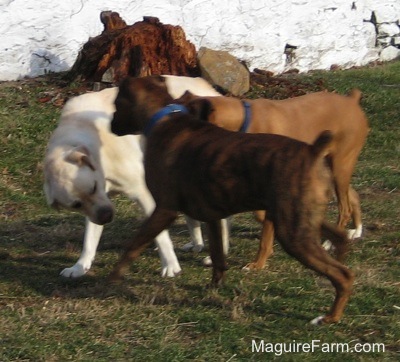 Bruno and Henry are playing, but Allie is going in-between them. I don't think there is any play about Allie. 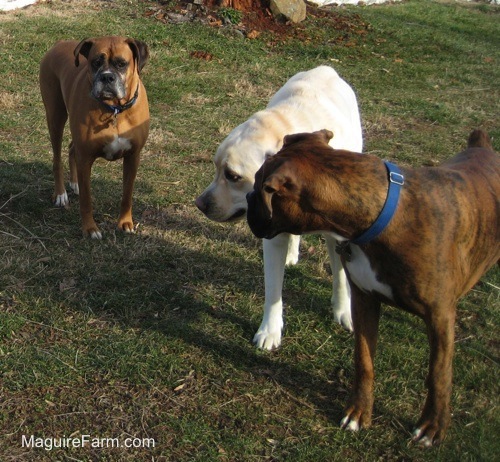 Look at Allie's eyes. She's eyeing Henry up. Henry just noticed. This is where the mood is changing. 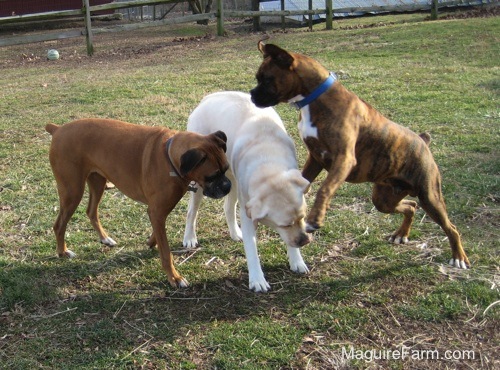 Bruno still tries to play, at this point the hair on Henry's back is up because he knows what Allie is thinking. Look at Allie eyeing Henry the Lab. 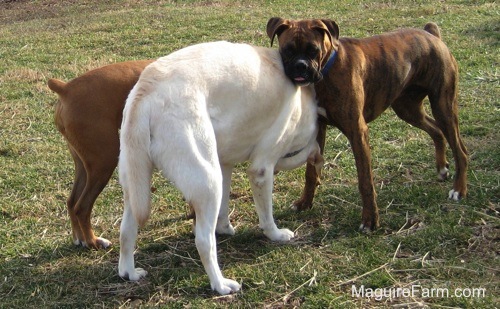 This was the last picture taken, because the next second there was a fight. Allie and Henry got into it and Bruno joined in. We had to break it up. Once they started playing we had not expected there to be a sudden fight. This all happened in a matter of seconds. The pictures were taken one after another. We did not realize who started the fight until we went back and carefully looked at the pictures. Allie, I think we should have left you inside the house!

Back to the Dogs